Dos cavalls alemanys is a meticulous description unfolding as a minimal story of two equestrian sculptures in the city of Würzburg, in Germany. The audio piece aims to uproot the horses and their cavaliers and transport them to Valls, a small town in  Catalonia.  At first glance, two voices seem to be portraying one animal. However, it soon becomes clear that they represent the  positions and attitudes of two different horses. Two men are then described: each appears to accompany his horse in distinct  ways. Different levels of subordination and complicity. Furthermore, the two scenes happen to be cast in iron and stone and  to be standing in public spaces.
In a further attempt to reembody the two sculptures, the text was spoken alongside a living horse, the two separate scenes  finally merging into one.
-
Dos cavalls alemanys was exhibited as part of Quim Packard’s solo show Com perdre’s a Alaska at Capella de Sant Roc in Valls, curated by Jordi Antas. The text was performed on the exhibition’s finissage. 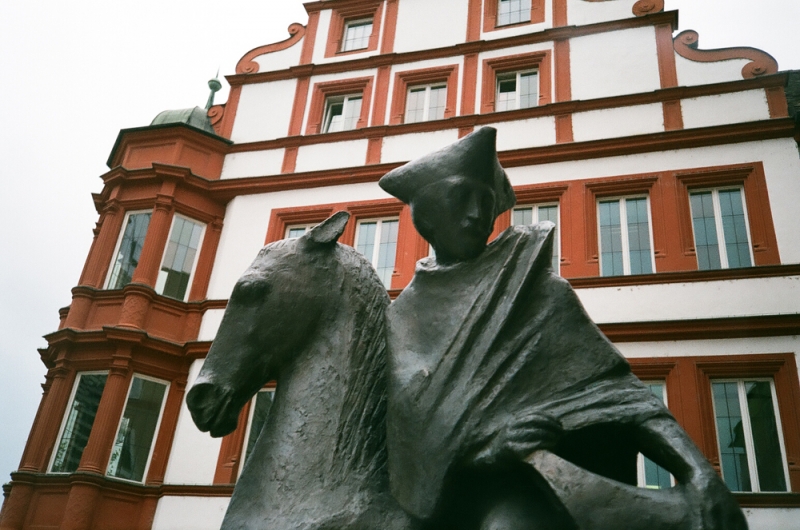 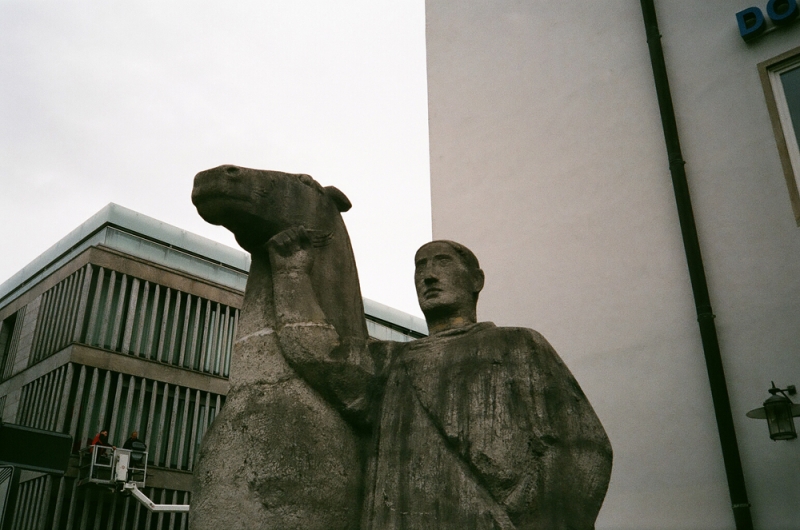 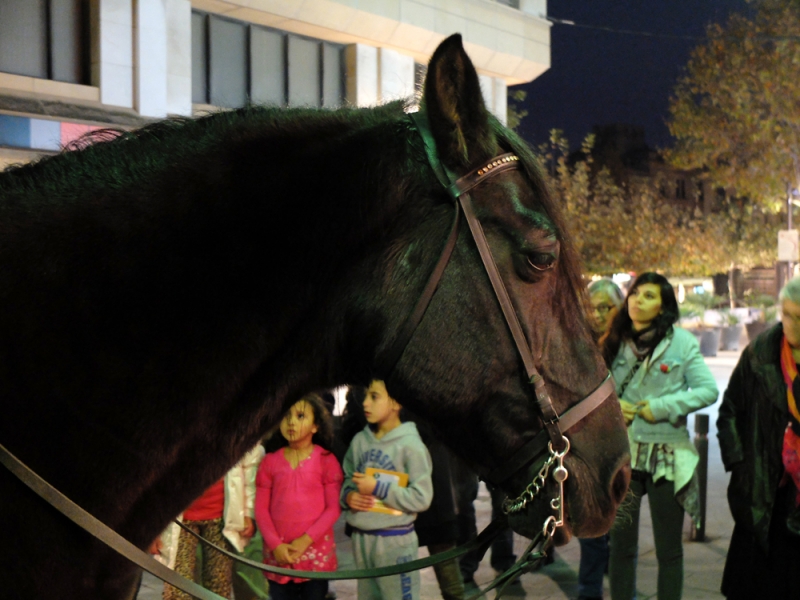 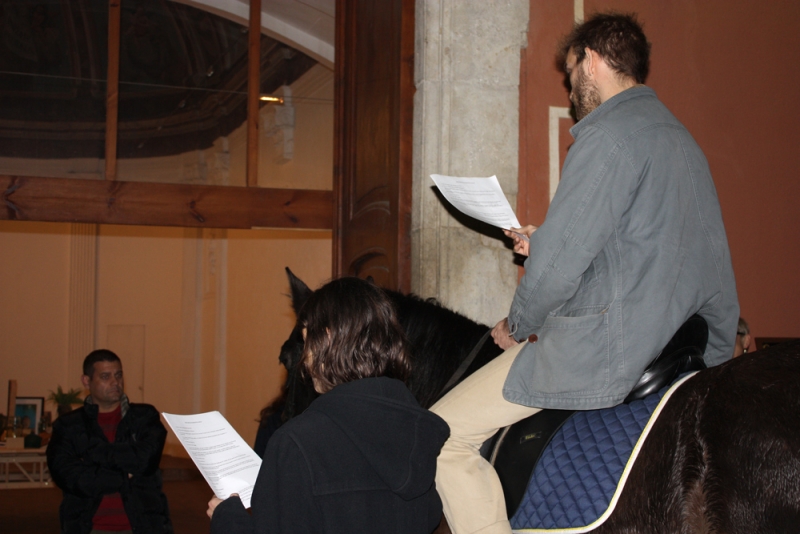